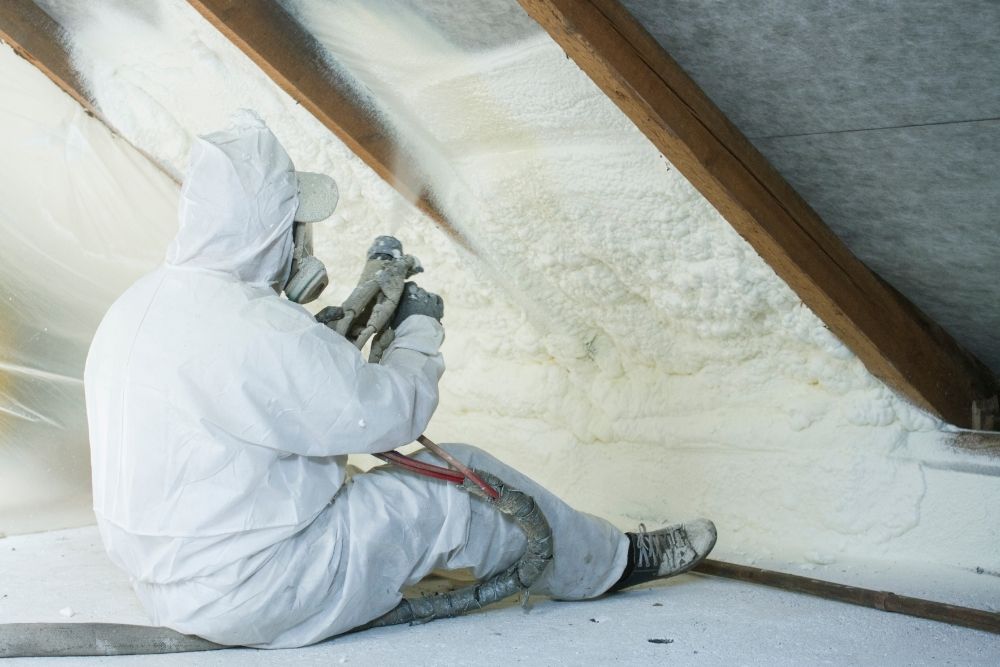 Polyurethane is a really useful and durable type of plastic that’s great for many uses in the home. Polymer wood floors can stand up to a lot of foot traffic, and furniture that’s coated on polyurethane can stand all the bumps and knocks that a family might inflict upon it!

Guitars are even famously covered in polyurethane, which gives them their bright shine, as well as protecting the wood from bumps and knocks!

Polyurethane is a type of plastic. It actually comes in many different forms, and is in use in many modern products. As well as being a product that comes in a liquid form, it can be made to be botth rigid and flexible too.

Obviously, one use for it is as a coating for bare wood – wooden furniture and hardwood floors for example.It’s also in use in many other sorts of products that you may have around the home, however.

It’s used as insulation in fridges and freezers, as well as buildings themselves! It’s used in furniture cushioning, mattresses, clothing, shoes, parts for cars, and a range of adhesives – it’s a really versatile material!

Polyurethane is a polymer – or rather, a class of polymer. Unlike some other polymers, such as polystyrene, polyurethane can be made from quite a wide range of starting materials. This is what lets polyurethane have such widely different properties and applications.

What Types Of Polyurethane Are There?

When it comes to the type of polyurethane that you’re using to coat a wood surface – such as sanded wood, a hardwood floor, or wooden furniture – whatever wood project you’re doing, you’ll be using a liquid based form of polyurethane. This of course makes for the easiest way to apply polyurethane!

There are two main types of these liquid polyurethanes.

Firstly, there is water based polyurethane. These are generally considered to be both easier to work with, and safer to work with too. They have a quicker drying process, and will be fuly cured in a shorter time too.

They produce much less strong odors than an oil based polyurethane would – a water based poly is therefore more pleasant and safe to work with too, although you’ll still want to ensure adequate ventilation.

You’ll need to apply more thin coats, and allow drying time for each coat, however – which can mean you might end up spending longer actually applying the coats.

Oil based polyurethane gives a thicker coat each time, as it’s a thicker liquid. You’ll still likely need to use multiple coats after the first coat.

You’ll probably still need a second coat – but this will give you at least as thick polyurethane finish as doing three coats with a water based polyurthane would.

An oil based polyurethane, however, will have a significantly longer drying and curing time.

A water based poly can have a much shorter drying time – meaning that the first coat will be done with its drying time and will have the second coat applied (and maybe even dried) before the oil based poly has even dried it’s first coat.

They also can release some quite nasty fumes – so always be sure that you’re using them in areas with proper ventilation, and make sure to avoid prolonged exposure to the fumes.

How Many Coats Of Polyurethane Do I Need?

This of course depends on the type of polyurethane that you’re using!

You likely still won’t need any more than a third coat, but always check the instructions on whatever polyurethane you’re using.

With an oil based polyurethane, two coats should most likelt be absolutely fine, and should give a coat durable enough for whatever foot fraffic you might have on your entire floor, or to take whatever bumps and scratches might happen on your wood furniture.

How Long Does Polyurethane Take To Dry?

The key question when the time comes to apply polyurethane is, of course – how long does polyurethane take to dry?

There are many factors affecting polyurethane drying, so you might not get the exact same results every time. However, unless it says differently on the label of whatever polyurethane resin you’re using, you can likely expect that water based polyurethane will take at least 2 hours for each coat to dry.

Oil based polyurethane will take somewhere in the region of 6 to 10 hours to dry at the very least.

The time it takes polyurethane to dry will differ in areas of high humidity, as well as according to the air temperature, the circulation of fresh air – and of course, if you’re using a “fast drying polyurethane”, then that has to be taken into account too!

How Long Does Polyurethane Take To Cure?

This also depends on the type of polyurethane that you’re using. Oil based polyurethanes can take up to 30 days to complete the curing process after the application of the final coat.

Water based polyurethane typically has a shorter cure time – they can cure in 20 days, although this of course depends on the specific polyurethane that you’re using.

If you’ve been pondering the question “how long does polyurethane take to dry”, then hopefully we’ve been able to help you!