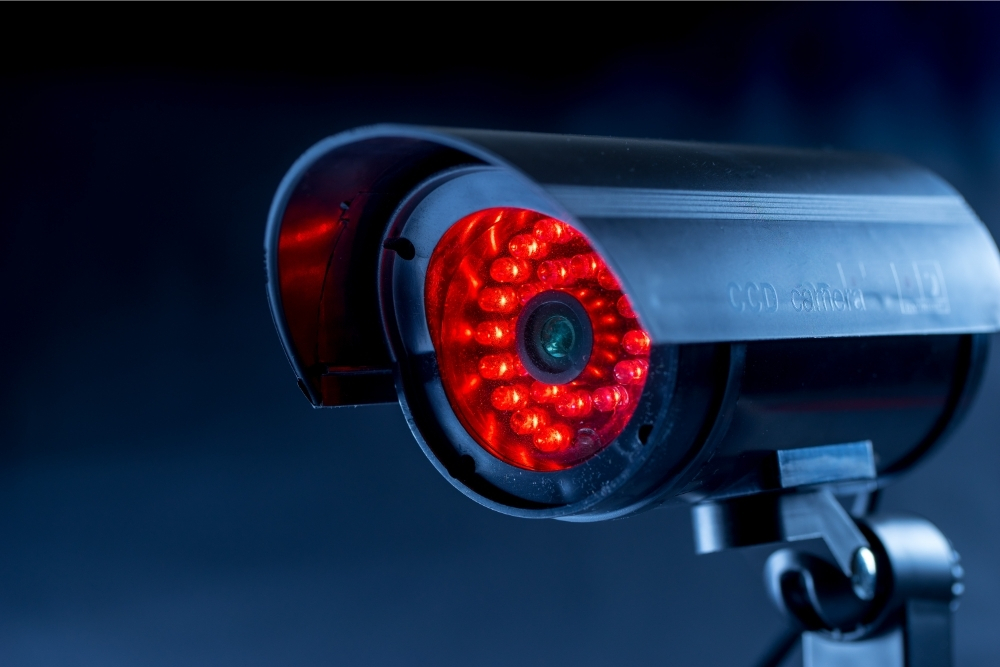 The exact number depends on various factors, including camera resolution, how many cameras are used, and the frames-per-second rate. The data used also increases if you leave your security camera on, which can be a necessity for both homeowners and businesses.

This can be an issue for people without unlimited data plans, which can make people think that they have to choose between safety and leisure.

Why Do Wifi Security Cameras Use Data?

Generally, most Wifi security cameras need a good internet connection. They use data to upload video footage online, stream live video, and keep their software continually updated. Security cameras offer different features which affect the amount of data that they use.

Wifi security cameras remain on, but some only record and upload footage once their motion sensor detects movement. Features like viewing live footage or uploading past films online need a large amount of data. Higher quality or larger videos also need more data than lower-quality smaller ones.

Security cameras need data to record videos, but they still use data when they aren’t recording. Even when they are idle, the cameras need small amounts of data to save snapshots or communicate with the server. However, the data used for this is minimal compared to the amount needed to stream or upload footage.

Some Wifi security cameras record video all the time. These are called Continuous Video Recording cameras. They need a lot of data to film and store footage constantly. If the video recording isn’t uploaded to a cloud and stored locally instead, this won’t affect your internet connection.

How Much Data Does A Wifi Security Camera Use?

Using high-quality video increases the amount of data used. 4K videos can need up to 7GB per hour, whereas M-JPEG files can need 33 GB each hour.

Uploading these large, high-quality files to a server also needs a lot of data. As these requirements need copious amounts of data, some security systems have servers that can hold over 6 TB of storage.

Wifi cameras now offer HD video which makes it easier to identify criminals. Higher resolution also has the advantage of capturing low light images better. These good security cameras can have a 1080p resolution, but the higher quality video needs more bandwidth, which uses up data.

Cameras with lower FPS rates can capture rougher, disjointed footage. A good security camera should capture over 25 frames per second, though more data is required to capture higher frames.

Amount Of Cameras On Network

More security cameras provide multiple benefits. Wifi-connected models won’t need expensive wiring to connect them all. As long as they are all connected, you can place the cameras anywhere you wish.

However, if you have more cameras on your network, you will need a larger bandwidth to support them all. Having more cameras means that you’ll be uploading more videos to your server, which requires more data to do.

Whether Your Camera Is Trigger Specific or Always On

Leaving your Wifi security cameras on all the time provides constant protection, but this can use up a lot of data. Motion detection cameras are triggered by movement, which can drastically reduce your data usage. Whether you get a motion detection camera or not depends on your security needs.

Will Wifi Security Cameras Slow Your Internet Down?

Wifi security cameras need to use your network bandwidth to upload videos online, view live footage, and communicate with other devices.

If you have a limited bandwidth connection, using Wifi cameras can easily reach your network’s bandwidth limit, especially if you need multiple cameras. It’s not common, but if your security cameras use a lot of data, your internet can slow down from time to time.

Wifi security cameras can be set up without an internet connection so that they don’t use any data. However, you won’t be able to use some of your camera’s important features. These include accessing the camera remotely, uploading videos online to look at later, or communicating with the security center.

Rather than uploading footage to a server, your camera will store the film on a PC, network video recorder, or an SD card. You could lose these physical copies if they get stolen or if your camera is damaged.

If your Wifi isn’t on or goes out, some cameras won’t work without a connection. You can get models with a cellular backup that continue working if the Wifi goes out. These cameras work with most mobile networks, but these still add to the amount of data used.

If you opt for a Wifi security camera, you will have to use some data. There are some things that you can do to lower your camera’s data usage. These include: