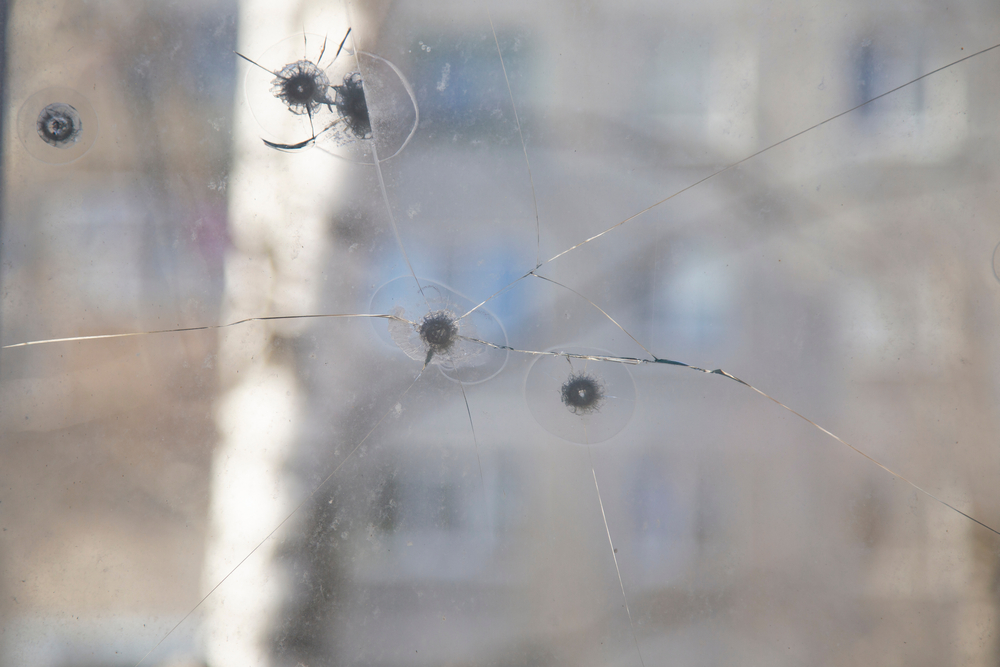 If you’re worried about the security of your home, you might be considering certain fortification upgrades. Windows, in particular, are some of the most vulnerable points in most buildings when it comes to accidental damage, vandalism, or burglary.

Unfortunately, many of the window security enhancements presented to homeowners are far outside of the average family’s home improvement budget. This can be a real problem for those who want to avoid broken windows but don’t want to break the bank, either.

But don’t panic! Before you commit to having multiple panels of tempered glass, window bars, or security sensors installed around your house, there’s a more cost-effective option to consider first.

Window security film is the perfect solution to reinforcing the windows in your home on a budget. A single layer of this film will help to make your windows more shatter-resistant while enhancing your privacy.

We understand that this probably sounds too good to be true, so in today’s article, we’ll be answering the most-asked question about window security film: does it really work?

What Is Window Security Film?

Window security film is basically exactly what it sounds like: a layer of film that you apply over a glass window to improve its security.

Specifically, window security film is designed to make windows more difficult to break by enhancing the strength of the glass.

In many cases, window security film is also tinted on the outside. This means that people looking in from outside your home won’t be able to see through the window, but you’ll still be able to see out.

Since burglars will often try to confirm the presence of valuables by looking through windows before trying to break and enter, this is a really effective way to keep your home and family safe.

How Is Window Security Film Made?

Because window security film comes in a few different types, there are several ways to manufacture it.

The most common type of window security film is made of polyester film. The completed security film will typically be made up of several layers of polyester, glued together with some form of adhesive (which can vary depending on the manufacturer).

With that being said, nanotechnology is increasingly being used to create window security film. This technology allows for thinner layers of film to be produced without compromising on shatter resistance.

In fact, some of the films being manufactured using nanotechnology are proving to be even more effective than standard window security film.

How Does Window Security Film Work?

Simply put, window security film works by acting like a layer of lamination on top of the glass.

This creates something similar to the construction of a car window or windshield. If you’ve ever seen a gaping hole in a car’s windshield and wondered how the rest of the glass didn’t shatter and fall away, it’s because the glass has been laminated for reinforcement purposes.

Thanks to the binding agent used to secure the film to the glass, even if something does manage to penetrate the glass, the glass around the affected area should remain intact.

So, now we know what the purpose of window security film is, how it’s manufactured, and how it does its job. But does it really work?

For example, it’s (unfortunately) not uncommon for manufacturers to market their window security film as bulletproof when ballistic protection is not what this type of film is designed for.

This has led some customers to feel that security film is an ineffective method of reinforcing glass windows when, in fact, they have been misled as to its intended purpose.

It’s also worth noting that while window security film makes your home less susceptible to vandalism and burglary, this doesn’t mean that your windows will be completely impenetrable.

Someone could, with enough determination, still break your window. However, it would take them much longer than it would without the film, and they’d need to exert a lot more force, making more noise in the process.

This should generally be enough to deter most burglars, and crucially, it will give you more time to respond to the situation.

Window security film provides enhanced shatter resistance and privacy. In some cases, it may even provide thermal insulation and protection against UV rays. Where these criteria are concerned, window security film does work and is definitely effective.

With that being said, if you apply security film to your window expecting it to hold up against gunfire, you’re going to be disappointed.

Is Window Security Film Worth The Money?

Based on these numbers, having a sliding door fitted with security film can cost between $175 and $250.

That might sound like a lot of money, but when you compare it to the average price of replacing a sliding door altogether ($1,700), it’s clearly the more economical option.

Plus, you can’t put a price on the safety and security of yourself and your family.

Window security film definitely does work, but buyers should go into this purchase with realistic expectations of what this film is designed to do.

While window security film won’t make your windows immune to bullets or prevent burglary altogether, it provides an impressive level of shatter resistance.

This will, at the very least, slow down and deter anyone trying to break into your home while minimizing the extent of any damage caused by brute force or natural disasters.