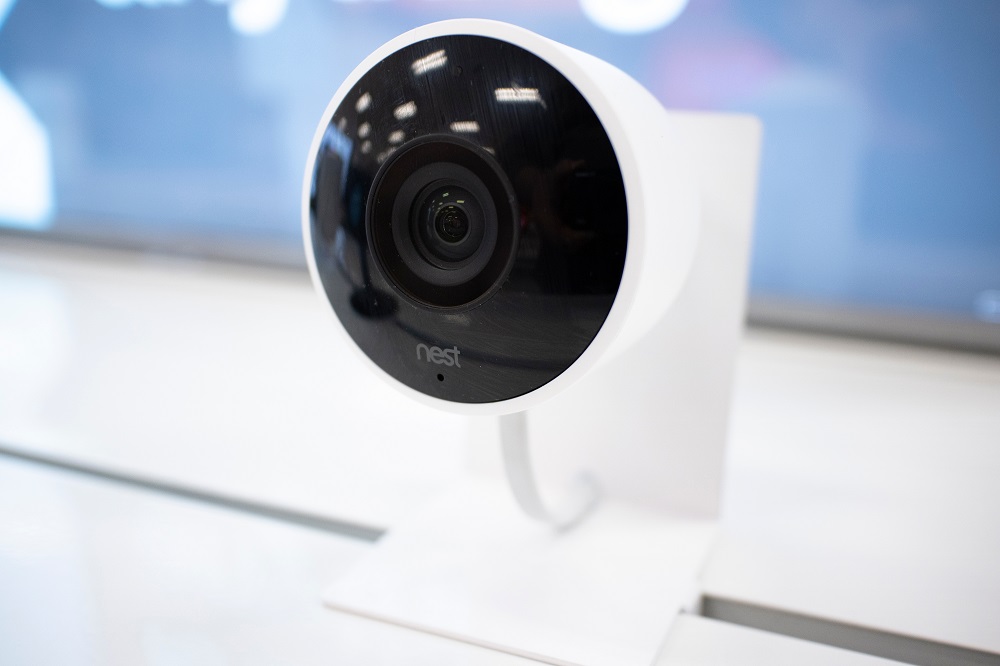 We all know the saying “your home is your castle” and we totally get why. Thing is, most homes aren’t as well protected as a castle!

For our security and protection, technology geniuses have designed ways to help keep us safe and boost our peace of mind with things like camera doorbells and home security cameras.

With so many top companies producing excellent technology, it can be difficult to decide on what to buy. There’s too many out there and they’re all different prices – which is the best and what do you do?!

Google owned Nest has some excellent models of home security, cameras and bells, but we’re going to look at the cameras today. Specifically Nest cam vs Nest cam IQ. Which one is better?

What Is The Nest Cam?

The Nest cam indoor is designed to allow the users to keep an eye on what’s going on at home (or wherever you’d like to set it up) when you’re not around. It can use phone locations to assess who is in or out of the camera’s location.

When everyone has left the location, Nest cam will automatically switch itself on. It has the ability to monitor 24 hours a day, night vision technology and motion sensory notifications. It really is the eye when you’re not there.

Like having your own personal security guard, without having to pay a salary or allow for breaks!

The video will stream in good quality (1080p high definition HD) and securely directly to your other device such as your tablet, smartphone or computer.

When you’re not watching live, the Nest cam will notify you if it has detected a sound or movement. You’ll also get an email with a capture picture of what it has detected.

Speaking of detecting sounds – it has a microphone and speaker system, so like when you’re on a walkie-talkie, you can speak and listen both ways, one at a time. If it detects that someone is just about to talk, the camera will notify you. It can also detect smoke. If it does, it will begin recording and send you an alert.

Nest cam works with a load of other devices and gadgets like smartwatches, smart speakers, smart lighting systems and plenty more.

It’s also important to note that Nest cam has a subscription based service called Nest Aware. This allows you to record 24/7 and receive targeted alerts personalized to your behaviors.

General Specifications For The Nest Cam:

What Is The Nest Cam IQ?

The Nest cam IQ has many of the same features as its counterpart. It continues to offer a 24/7 streaming service and boasts a 4k, 8 megapixel HDR sensor and 1080p HD camera which will capture and notify you of any person or movement in your home.

It will store the captures it has taken for around 3 hours, just in case you have missed the previous notifications. If you decide to subscribe to Nest Aware though, it will give you many more previous captures.

Its smart technology allows it to analyze an algorithm so it will understand the difference between an intruder or your pets – because nobody wants to keep getting notifications for the dog on the couch! It will also automatically zoom to any activity in the room and also has night vision technology.

You’ll still find this model has a two way communication function, allowing you to speak and hear through the Nest IQ but you can communicate at the same time. The speaker is powerful and will stretch across the room. It actually has a second use – you can use it as a Google assistant.

It has excellent digital security. Encrypted with 128 bit SSL and a 2048 bit RSA key – keeping everything you capture entirely personal and private.

Okay, so we’ve seen the overview of the two – but how do they compare?

The Nest cam is less expensive than the Nest cam IQ. The subscription service of Nest Aware remains the same price for both.

The Nest cam has a 1080p HD camera which will send you captures to your device. The only difference on this front is that the Nest cam IQ has a 4k HDR sensor. This doesn’t automatically mean that the imagery is exported with 4k though, it just supplies a better focussed picture.

The Nest IQ has facial recognition technology whereas the Nest cam does not. Having said that though, they both detect people and movement.

When the Nest IQ zooms in automatically, it will keep its focus and try to identify the person (assuming there is one) in the room. Your notifications will be personalized after you’ve noted a person in your app with a name.

For example, if your partner has entered the room and it detects the person and identifies them, your notification will appear as “partner.”

As the Nest IQ has HDR, the sun should not affect the camera’s recording ability in the day. At night though, the improved LED technology will provide better imagery.

Although both have conversational communication technology, the Nest IQ has the ability to work at the same time – like a phone call, whereas the Nest cam is more like a walkie-talkie system.

You’ll find that the Nest IQ can operate like a Google assistant but it doesn’t work as well as having a Google Home or Home mini gadget. You’ll find the speaker system is quite powerful but is nowhere near the standard of bluetooth speaker or soundbar.

It’s important when buying any gadget that you like the look of it – particularly when it’s something that will stay in the same place for a while!

The Nest cam is lighter than the IQ but it’s not too light that it falls over. It has a grey stand that appears dark with a white cable and black camera. If you’d prefer the camera mounted, you can remove the base and find the mount.

Its roughly 10 foot long cable (micro-USB) goes straight into the camera. That’s normally long enough for wherever you decide to mount it.

The Nest IQ is heavier and appears more contemporary/modern. It is white and the cable can be hidden through its design – the cable goes straight through to the base. It has a hinge that allows it to turn and rotate and can also be mounted.

More features are available to the Nest IQ via the app over the Nest cam but you’ll get the same extras with the subscription service Nest Aware with both devices like timeline activities, larger storage and zonal alerts.

There are some advantages to the Nest IQ over the Nest cam but the IQ is significantly more expensive. It’s a case of getting what you pay for.

The IQ has a better camera, better speaker system, extra features, looks better and has facial recognition, allowing for better and more personalized notifications. If you’re deciding which one you’d buy – consider whether you’d prefer to buy one Nest IQ or whether you’d want two or three Nest cams.

Other Things To Consider

Nest offers both indoor and outdoor versions of these cameras. Both offer differences and similarities. Much like the indoor versions we have explored, you’ll find they both have the same fundamental features such as night vision, but will have differences such as a better speaker or microphone.

When deciding to purchase a Nest cam or Nest cam IQ, you’ll need to think about where the cameras are going to be placed or mounted – not just for practical purposes, but the outdoor versions are designed to be outdoors and have certain properties that regulate temperature changes and allow for weather.

If you’ve decided to go for the outdoor version, it’s worth knowing the following basic comparison:

Both have a 1080p video recorder with night vision and a motion detector. They also both offer the same 130 degree viewing range. The differences come with the zoom and sensor.

Both have the two way talk/listen set up but the Nest IQ has a feature which lights are emitted – allowing the guests to know where to speak. The Nest IQ also has a better speaker with better playback.

You’ll notice that the outdoor version of the Nest cam and Nest cam IQ have similar differences to the indoor versions. The same applies to the price. Think carefully about what you’re looking for and remember that you pay for what you get.